Are Tents Airtight? 3 Safety Facts You Should Know

A typical camping tent is not airtight because there are built-in ventilation systems. However, heavy snow or rainfall may block open vents or soak the tent fabrics, causing a tent to become airtight. The air beams of inflatable tents are airtight.

How Do Tents Allow Airflow?

Are tents airtight? Manufacturers don’t construct them that way, no.

When you buy a tent, its seams are sealed and the fabric is weather-proof. Beyond that, you don’t want a tent that seals up. Besides becoming hot and stuffy, a completely airtight tent means you’re not getting any new oxygen inside, and that’s dangerous.

Many of today’s tents have a lot more mesh than tents of the past did for comfort and increased breathability, which prevents deadly gases like carbon dioxide and carbon monoxide from building up. A tent with good ventilation will have:

The mesh openings allow air to flow through your tent constantly, ensuring carbon dioxide and carbon monoxide doesn’t build up inside.

Tents come with rain flies that sit high enough over the top of your tent to avoid blocking the mesh openings in the canopy, and who doesn’t love sitting in their tent, listening to the rain pitter-patter on the rain fly?

You probably also zip your side windows and doors closed during bad weather to prevent rain from getting in while you enjoy the storm.

However, tents and their rain flies lose their waterproofing over time. If you don’t maintain the waterproofing yourself, the rain will soak your rain fly and tent. The rain and moisture harms the tent material’s breathability (not to mention soaking you and everything you have).

One way to avoid this is to get a large front porch for your tent. They shelter your tent’s door from the weather, enabling you to keep some of your windows open and maintain some airflow. That makes it more difficult for carbon dioxide to build up to unsafe levels, and you get a nice porch under which you can enjoy a view.

What Can Cause a Tent to Become Airtight?

In addition to rain soaking your tent, snow can cause tents to become airtight. If a few inches of snow falls overnight while you’re camping, that’s no big deal. It’s not deep enough to block any of your ventilation or prevent your tent’s fabric from breathing.

If you live in snow country, though, you might already know how insulating snow can be around your house. There’s a reason for that: It helps keep the cold air outside and prevents warm air from escaping from inside. People with finished basements sometimes enjoy the snow because of that.

It will do the same with a tent. You might think that the same kind of insulation is good, but if it’s blocking your ventilation, it’s not. Having snow block your windows will inhibit the breathability of your entire tent, essentially sealing you in without sufficient air. People have died of asphyxiation on winter camping trips because their tents got buried in snow.

Four-season tents can also become sufficiently airtight to pose a danger. They’re designed to keep bad weather and cold temperatures out. Because of that, they don’t have particularly good ventilation, and it’s easy for them to become sealed.

In other words, these tents’ biggest feature is also their biggest bug: Keeping the elements out can also mean keeping fresh air and oxygen out.

Most people want to ensure air flows through their tents because they don’t want condensation and general stuffiness, but that’s not the biggest threat. A buildup of carbon dioxide and possibly carbon monoxide is.

When you don’t have enough regular air to breathe, you start suffering from conditions known as hypercapnia and hypoxia.

Hypercapnia is a buildup of carbon dioxide in your blood, and hypoxia is when oxygen levels in your blood fall too low. The symptoms you’ll experience include the following:

Hypercapnia and hypoxia go hand-in-hand in both your environment and your body in an airtight tent. You’re exhaling carbon dioxide that can’t escape and inhaling oxygen that doesn’t get replenished, causing the carbon dioxide levels in your blood to rise and the oxygen levels to fall.

Ultimately, you’ll pass out because you no longer have enough oxygen to remain conscious. Your organs will fail, and you’ll die from asphyxiation. If you manage to get out in time, you’ll require immediate medical attention.

To stay safe while using your tent, there are steps you should take beyond making sure you buy a tent with good ventilation.

Unless you regularly camp throughout the year, including in extreme cold, avoid buying a four-season tent. Regular or three-season tents can protect you from the weather, and things like arctic sleeping bags, insulated flannel liners, and other cold-weather gear should suffice.

If you are camping in the winter and you know there will be heavy snowfall, set up your tent where you’ll have the most protection from the wind. That will also help with warmth and can help prevent snow from getting blown straight at your tent, burying it.

If there’s snow on the ground, dig down to the ground before setting up your tent. Solid ground provides extra insulation for warmth, and you can use the excess snow as a windbreak. Also, have a plan for brushing snow away from your tent to keep it from piling up all around you.

“Wait, how do you get carbon monoxide poisoning in a tent?” you might wonder. The answer is camp stoves, grills, and other fuel-burning heat sources. They put out carbon monoxide, which can rise to dangerous levels inside your tent very quickly.

Carbon monoxide is invisible and odorless, so you aren’t even aware of it (this is why having a carbon monoxide alarm in your home is so important). However, you do exhibit symptoms, including:

It can also cause brain damage, heart damage, miscarriages, and death. In four-season tents, you’ll start suffering from carbon monoxide poisoning inside of 20 minutes. The same is true if you get snowed in or your tent otherwise becomes sealed shut.

Even in a tent with halfway decent ventilation, carbon monoxide is a threat. It just might take longer for you to get sick.

Also, keep propane generators away from your tent. Even if your tent is well-ventilated, generators can pump carbon monoxide straight into it, making you sick.

If your campsite is one where you park near your tent, ensure you set up your tent away from your car and out of any wind that might blow exhaust fumes your way. Try not to start your vehicle until you’re ready to leave if possible, and if not, don’t leave it running any longer than necessary.

Inflatable tents have become quite popular in the last several years or so. Unlike traditional camping tents, these use beams full of air instead of aluminum or fiberglass poles to set it up. That makes the name “inflatable tent” kind of a misnomer.

Also, the tent comes with the air beams built-in as opposed to traditional tents where you have to unfold all the poles, thread them through loops, raise the tent, stake it into the ground, and deal with a hassle. You unroll an inflatable tent, use an air pump to inflate the beams, stake it down, and voila! Your tent is up.

Aside from the beams, inflatable tents are far closer to regular tents than they are to fully inflatable structures, meaning they’re not airtight inflatable tents. They use nylon and mesh with sealed seams and a waterproof floor. While the air beams are sealed to hold the air in, the tents themselves aren’t.

Some inflatable tents use beams outside the tent, while others have them built into the seams. With exterior beams, snow might have a more difficult time piling up and choking off your tent’s airflow because of how they’re configured. Nevertheless, you should still ensure you’re out of the wind and that snow doesn’t pile up around you.
These tents have the same issues as standard pole tents when it comes to getting sealed in or otherwise having poor ventilation. Even if you have one of these, you should follow the same safety practices as a traditional tent. 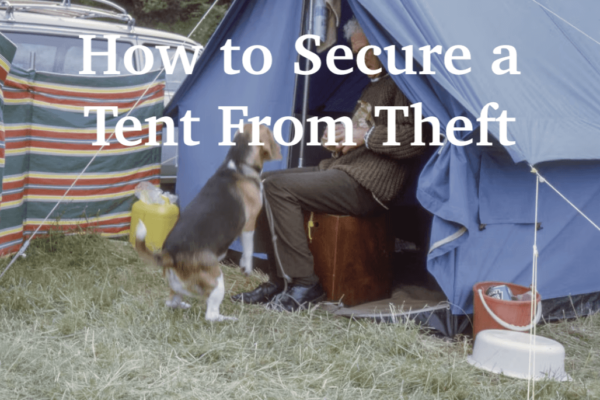